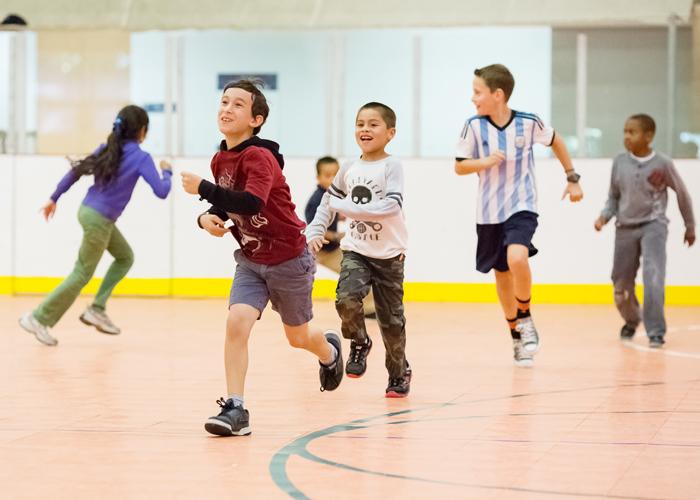 A nine-month-long, randomised controlled trial involving 221 primary aged children found that those who engaged in moderate-to-vigorous physical activity for at least 60 minutes a day after school saw substantial improvements in their ability to pay attention, avoid distraction and switch between cognitive tasks, researchers report in the journal Pediatrics.

Half of the study subjects were randomly assigned to the after-school program and the rest were placed on a wait list. All participants underwent cognitive testing and brain imaging before and after the intervention.

“Those in the exercise group received a structured intervention that was designed for the way kids like to move,” said University of Illinois kinesiology and community health professor Charles Hillman, who led the study. “They performed short bouts of exercise interspersed with rest over a two-hour period.”

The intervention, called FITKids, was based on the CATCH exercise program, a research-based health promotion initiative that was initially funded by the National Institutes of Health and now is used by schools and health departments across the USA.

The children in the FITKids exercise group wore heart-rate monitors and pedometers during the intervention.

“On average, kids’ heart rates corresponded with a moderate-to-vigorous level of exercise intensity, and they averaged about 4,500 steps during the two-hour intervention,” Hillman said. The children were active about 70 minutes per day.

As expected, fitness increased most in the intervention group over the course of the study.

“We saw about a six percent increase in fitness in children in the FITKids intervention group,” Hillman said. Fitness improved less than one percent in the wait-list control group, he said.

Children in the exercise group also demonstrated substantial increases in “attentional inhibition,” a measure of their ability to block out distractions and focus on the task at hand. And they improved in “cognitive flexibility,” which involves switching between intellectual tasks while maintaining speed and accuracy. Children in the wait-list control group saw minimal improvements in these measures, in line with what would be expected as a result of normal maturation over the nine months, Hillman said.

“Kids in the intervention group improved two-fold compared to the wait-list kids in terms of their accuracy on cognitive tasks,” he said. “And we found widespread changes in brain function, which relate to the allocation of attention during cognitive tasks and cognitive processing speed. These changes were significantly greater than those exhibited by the wait-list kids.

“Interestingly, the improvements observed in the FITKids intervention were correlated with their attendance rate, such that greater attendance was related to greater change in brain function and cognitive performance,” Hillman said.

The study did not distinguish improvements that were the result of increased fitness from those that might stem from the social interactions, stimulation and engagement the children in the intervention group experienced, Hillman said.

“Other research at Georgia Regents University led by Catherine Davis has actually used social and game-playing as their control group, and showed that the cognitive effects of their physical activity intervention are above-and-beyond those that are gained just through social interactions,” he said.

The FITKids program is designed to get children socially engaged in exercise, which is part of what makes it an effective intervention, Hillman said.

“The fact is that kids are social beings; they perform physical activity in a social environment,” he said. “A big reason why kids participate in a structured sports environment is because they find it fun and they make new friends. And this intervention was designed to meet those needs as well.”

Students heading back to school can always count on one thing: Technology will be a

‘Find your passion’ may not be the best advice after all

Wales pencil in new Curriculum, from 2021

Schools in Wales are set to begin teaching a new curriculum in 2021, the education