This is a re-blog post originally posted by Elani McDonald and published with kind permission.

I asked students to start the task by constructing a 1cm square (on 1cm square paper given to them). Together we counted the squares inside the square – 1. Then students had to construct a 2cm square, count the squares inside – 4, the 3cm square – 9 squares and so on. I asked to them construct squares up to 10cm and to count the squares inside. Immediately, some students realised that there was a faster and more efficient way to determine the number of squares, exactly what I wanted them to find. They derived for themselves that for example is 4cm square is 4cm x 4cm = 16cm2. I had to guide them to ensure that they were squaring the units as well. As soon as they discovered their “formula”, I asked them to look over all the squares they constructed to make sure that it holds true for all of it.If you are planning on doing this, I would advise that you make sure that students understand and get the pattern before moving on to the next part. If they did not find that pattern, get them to construct more squares and guide them through the process.I then asked them to construct a cube from paper, this was to realise the 3D nature of addition and additional dimension. By drawing the lines and folding the cubes, some students got quickly bored (and this is what you want), so that they think of ways to be representing and finding the practical application of cubes. Students had different outcomes for this second part of the task, some students were most comfortable to stick to paper, as this was the initial medium they were working on, but most students want to challenge to be building/constructing cubes in a different way. This is where I opened the task and told them I want them to be using their creativity – they can construct these cubes any way they want to.Below is some of the outcomes, the first image is the squares and cubes made by using paper, in the second image the cubes were made from plasticine and the students made a lovely comparison with the squares. 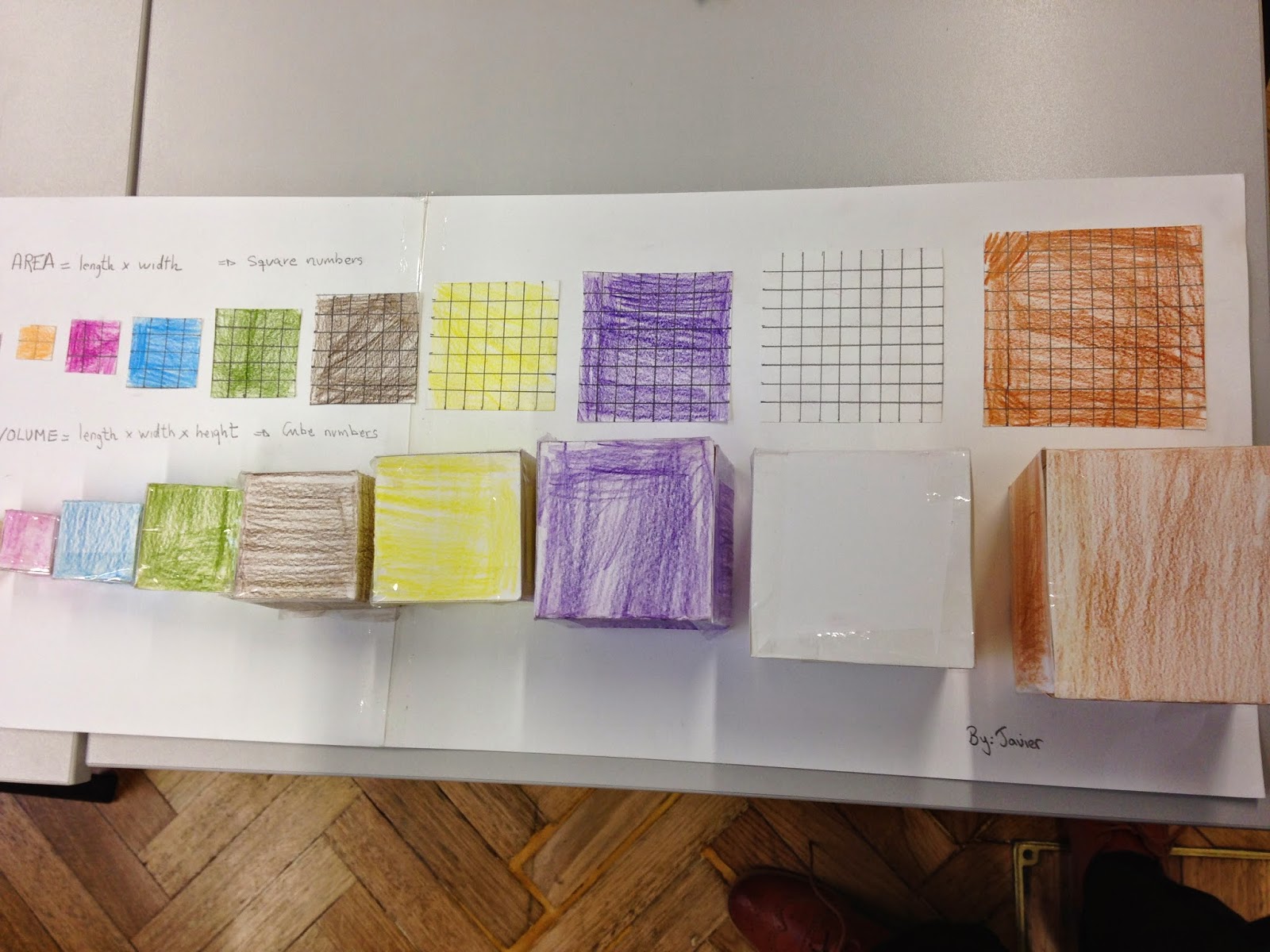 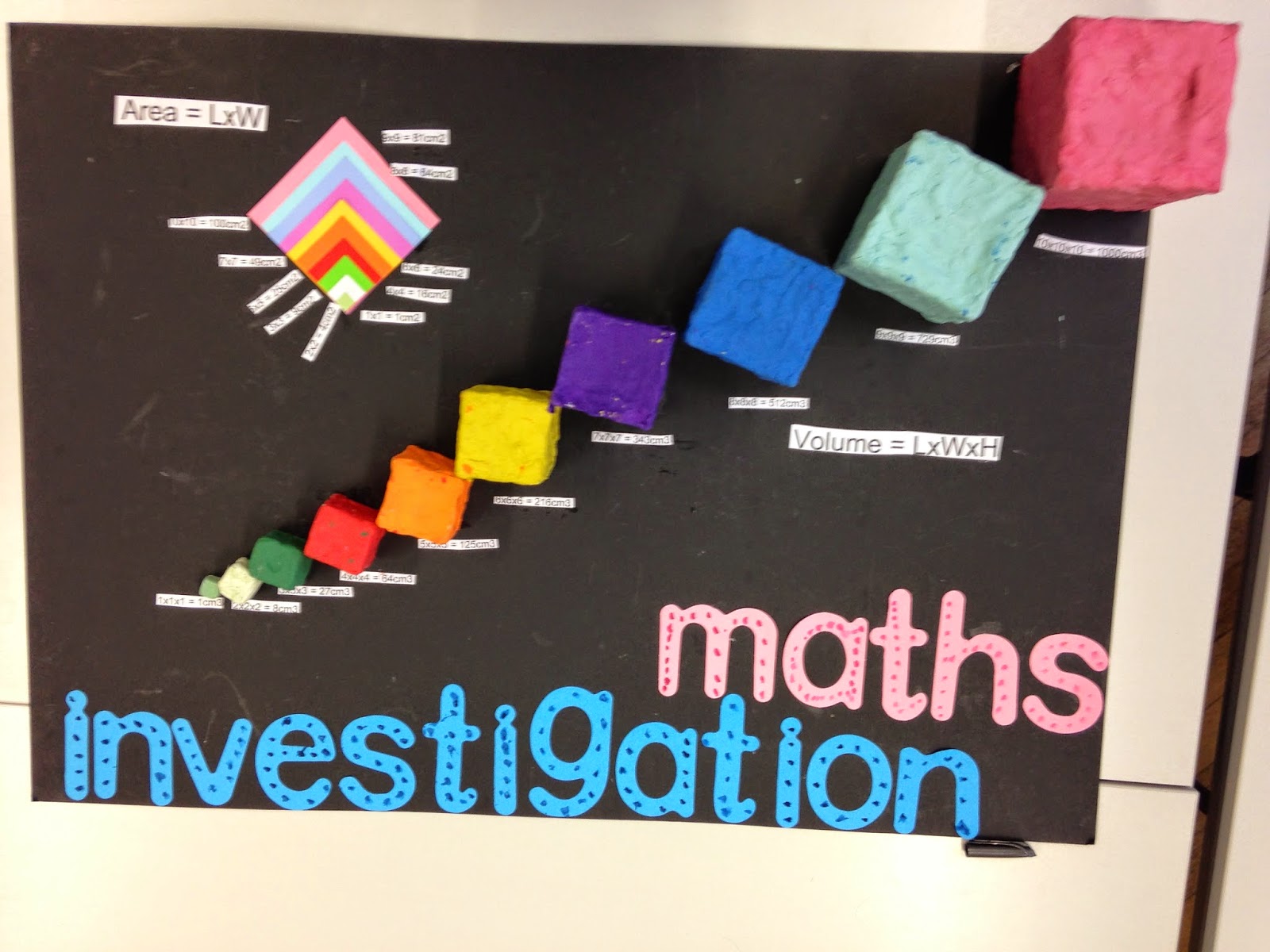 Some of the students chose to use Lego’s to represent their cubes. 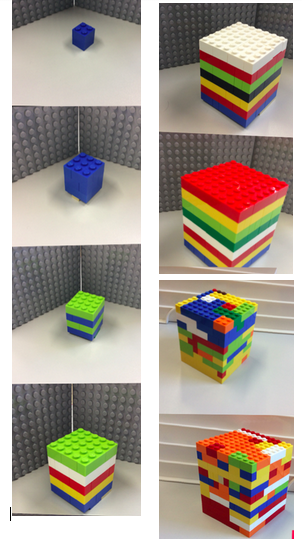 While other students used Minecraft to represent their squares and cubes: Your doubt might be the same mine was – how do I know if they are playing or doing work? I was very honest in telling my students that I’m unsure whether they are working or playing, so we agreed that I will give them the benefit of the doubt and after completing 2 cubes, they had to ‘check-in’ with me and talk through their thought process. I was super surprised! We had an extensive discussion about the 2D nature of squares and why they had to blow away the ground and inlay the squares so that it remains 2D when looking at it from above, despite not being 2D anymore. Equally enlightening was the cube discussion!The verdict: Even though this was a relatively time consuming activity – it is really worth it and is something that I would highly recommend. Students constructed the knowledge for themselves. Don’t be afraid to let your students challenge you – I was hesitant about Minecraft, but my students demonstrated both their maturity and new ideas in my classroom. It’s ok if your unsure, but negotiate your uncertainty with your student and I’m sure you’ll be surprised!

Special thanks to: My two 6th grade classes at Halcyon London International School for allowing me to share their work. My colleague, Lenny Dutton  for encouraging me to start blogging!

Talking less and being clearer

Setting the standards expected in your classroom.

What would you do if you could reduce marking time? by @guruteaching

I’ve spent far too much time marking work. So have you. All teachers should reduce