On June 25th, Sarah Zaman (@sezzyann72) and I had the pleasure of hosting eleven local primary schools for an afternoon of live coding using Sonic Pi.

This is a re-blog post originally posted by Ben Davies and published with kind permission.

Before the session had taken place, we had run a cpd session to introduce the teachers to the software and show how the Key Stage 2  computer science concepts can be taught using it. After this session, teachers were armed with the subject knowledge and resources to introduce their children to live coding in preparation for the event. 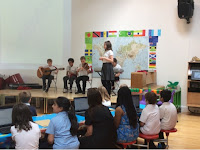 Beats and Bytes started off with a performance from the school band, The Gigabytes, who performed their composition Samba. 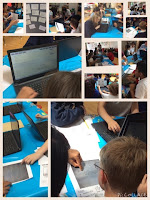 After this, the children, who were in groups of 3 and 4, were given the sheet music to the song the band had just performed and a laptop. Their task was simple: code some of the songs and personalise it.

Over the next hour, children changed synths, added effects, created loops, set parameters, debugged – on several occasions a child could be heard telling another that ‘every do needs and end’ – and had fun. When the time was up, each group plugged their laptop into the speaker system and showcased their composition. The variety of sounds that were produced was fantastic, some of the code I had to look at more than once before understanding what the instructions were. 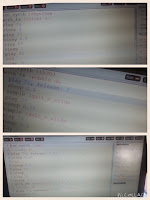 In my opinion, the afternoon was a great success, the visiting teachers departed with complimentary comments and the children were asking when they could come again. One child even said it was the best school trip he had been on. For me, I enjoyed watching the children engage in programming, share ideas and solve problems. Yes, kids can code, but more importantly, kids enjoy code!

Ben Davies is a CAS Master Teacher based in Manchester, UK.

From September, I am starting a new role. I am going to be a year

As you have undoubtedly figured out, Google Chrome is incredibly flexible and powerful, especially when

Rookie head of science – toughest year yet? by @secretsciteach

Starting in the final term before I officially started in September was tough. I wasn’t