Summer is a great time for teachers. We can gloat about our long break and bask in the joy of a lifetime in shorts and open toed sandals.  As a father of three teenage children I went though the challenge of engaging the little darlings in a good old British summertime holiday.  “Guess what?” I piped up with the usual aplomb of a court jester.  “We’re going to hire a VW camper van, see the Cerne Abbas Giant and finish the week at a folk festival in Purbeck.”

This is a re-blog post originally posted by Graham Chisnell and published with kind permission.

We hired Ruby, a wonderful 1978 VW Campervan.  Ruby squeezed the five of us in and pooled along the open road at a lightening top speed of 50mph.  The open road was a delight ahead of us as we rolled through the Dorset countryside. The stream of traffic trailing behind left a small pang of guilt but it soon passed. The week was spent talking, laughing and becoming a family once again.  The absence of electrical hook up at the camp site ensured the children’s telephones and devices were a distant memory and out came the football and guitar. My phone even gave up the ghost and I was reminded that playing with my children without the phone going ping was so important. 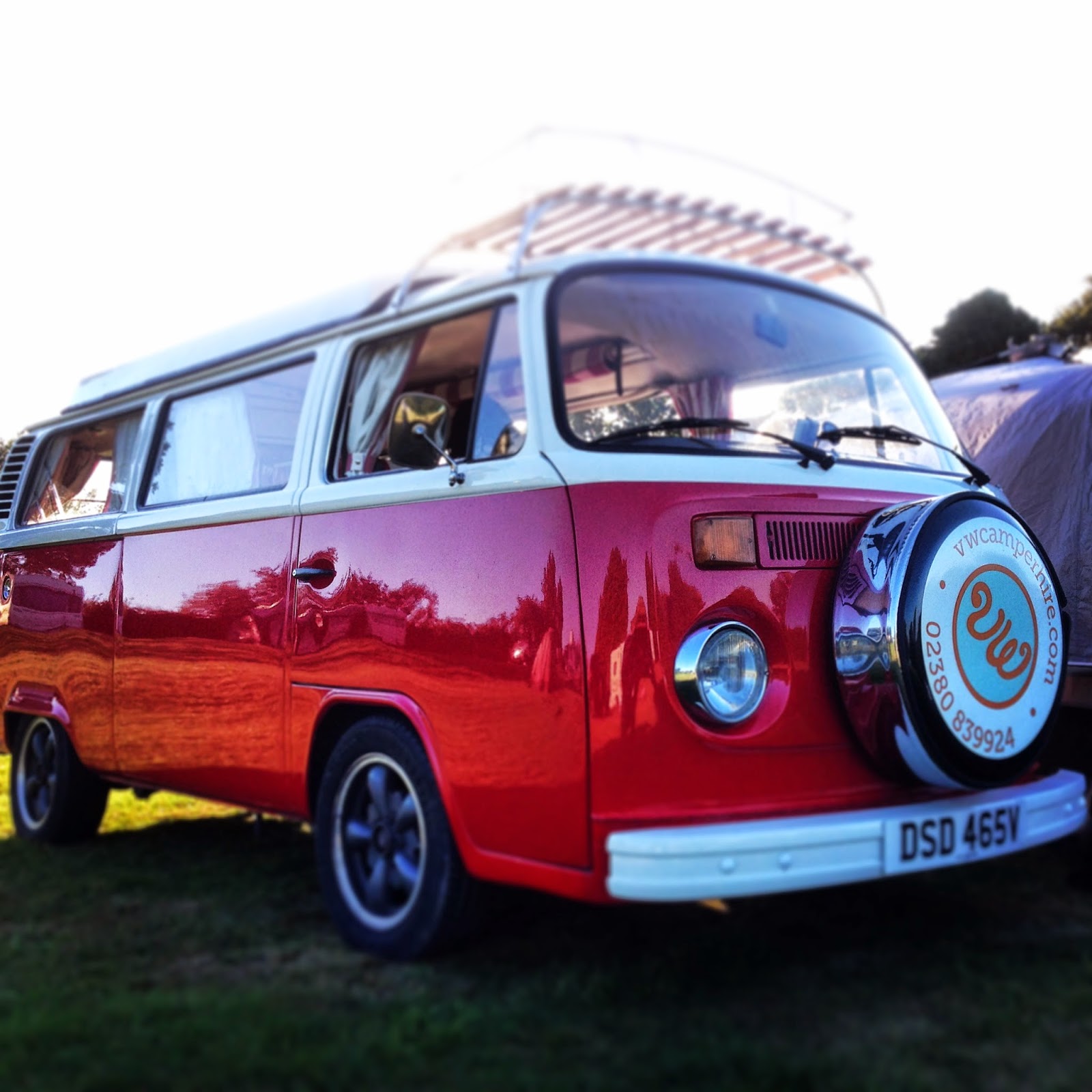 After a wonderful five days, we dropped off Ruby to her owner and drove from Southampton to Purbeck.  Winding through the small lanes and steep inclines around Corfe Castle we found our way to the entrance of the camp field at the Purbeck Folk Festival.  After donning our festival wristband, erecting our tent and brewing a cup of tea in a tin cup we were set to enter the festival.
Prior to the festival, I signed up to enter the Purbeck Folk Festival Poetry Slam competition.  The Poetry Slam was organised by a talented and charismatic poet called  Steve Biddle.    To enter the competition, each poet had three minutes to recite a poem while four members of the audience voted on each poem.  The winning poets then entered the next heat.  The final heat then saw three poets go through to the final slam.
Reading one of my poems on the outdoor stage gave me a nervous twang I had not felt for many years.  As a headteacher I was well versed in standing up and speaking in public but this felt different.  The stage, a converted caravan, was donned by a single microphone.  My name was called and I walked the slope to the stage.  I had in my hand a range of poems ranging from the rather ‘politically ranty’ poems from my Teachers’ Lament series to the silly and infantile poems written for my children.  I gauged the audience, took advice from my three children and elected to recite a poem about pants.  Bertie Brown and the Pants Thief went down a storm and I was voted by the audience through to the next round.
The stage was set for day two of the Poetry Slam where I had been entered in the semi-final.  In order to perform again I decided to write a poem relating to the Purbeck Folk Festival.  Bertie Brown again appeared as the star of the poem as he struggled to find a suitable festival toilet to relieve him from his escalating predicament.  The poem once again went down well with the four judges selected from the audience. The voting was tense and placed me joint second place with three poets.  As my poem slipped beyond the three minute deadline, Steve Biddle gave the grave news I had not been selected as a finalist.  I experienced a moment of disappointment that was followed by the warm glow of being involved in this exhilarating competition.
Performing and reciting poetry was a true thrill.  The audience amplified the excitement and I felt thrilled to be on stage; in a gladiatorial dance with my fellow poets.  This, I thought, is the excitement I want to see in the children at Warden House Primary School.  Could a Poetry Slam work for school?    The true poets in the Poetry Slam learnt their poems by heart and their recitations captivated the audience and were a true inspiration.  Our new literacy curriculum from 2014 drive our children to learn and recite poems, Purbeck gave me a glimpse of how inspiring this skill is. In school, we can give our children opportunities to explore poetry, to write poetry, to recite poetry, to learn poetry and to perform poetry.
So the stage is set.  The Poetry Slam is coming to Warden House in the spring of 2015 to give our children the thrill of performance poetry extending our school vision to make learning irresistible for our children. Next week is National Pirate Day and for us, ‘Pirate Week’.  We have hired two actors to work on performance and poetry with our children as a first step towards building a curriculum bursting with performance poetry. Bring on the Pirates, and bring forth the Poetry Slam filled with a passion for writing, learning and performing poems.

When discussing the Poetry Slam format with my Year 5/6 Team Leader Rob, we devised a format that would allow all children to become immersed in poetry writing and performing.
The first question we asked was linked to our school vision “How will you make learning irresistible?”.  The hook for the poetry slam needed to be powerful.  We decided to return to our local Bigfoot arts group @BigfootEKent to find a poet.  We were put in contact with Kotchin, a hip hop artist.  Kotchin led an assembly for the whole school delivering his poetry and rap, the children (particular our hard to engage boys) were enthralled.  Kotchin talked to the children about their inner voice and how everyone had this inside them.  Children hooked in, job done!
The children then set about writing their own performance poetry.  The poem had to be personal as children sought to find their ‘inner voice’.  Children were then asked to refine their poetry through performance.  The performance element is one we often missed as a school as we focussed on writing poetry.  It was through performance that children refine their poem; they test how words scan and how the rhythm and rhyme interplayed and how the timing and intonation impacts on the structural elements of the grammar.

Some found the process of composition and performance tough.  This is an element of writing we often miss and undervalue.  Learning takes time and determination.  Some children found learning their poem easy, some didn’t.  The process of writing, learning and performing challenged children at differing levels of ability.  Some less able writers were exceptional at the performance; one dyslexic pupil performed an awe inspiring poem in the final and performed amidst his peers as an academic equal.  Some very able writers found the performance a real challenge, developing their ‘Growth Mindset’ throughout this process was invaluable as they overcame the obstacles they had previously not faced in their written work.

Kotchin returned to work with the children a week later to refine their performances.  This allowed the children’s performance to improve before they faced their first public performances to their class in the Slam Down heats.  Learning was measured, children were given time to refine their pieces and as a result, the outcome was of the highest quality and deeply valued by the children.  The pace of learning often seems to be rushed in our education system, slowing down and really focussing on quality writing and performance in this project enabled children to reflect deeply on their work in order to produce something of great value to them and others.
The class Slam Downs took place in the week of the Poetry Slam and each class voted on their top two performances.  Once decided, the finalists’ parents were invited in to the Poetry Slam and the stage was set.  The whole school were invited to watch the Poetry Slam.  Five children randomly selected in the audience became the judges for each of the three heats.  Each judge had a score card from 6-9 to vote for each performance.  This added drama to the Poetry Slam as each judge gave their score.  The heats moved on and the tension rose in the hall as three acts went forward to the Poetry Slam final.  Each poet was so individual and entertained the audience with their great humour, insightful truth and confident performance.  The final Poetry Slam Shield was awarded to Gabriel who performed a stunning poem about a fire.
The Poetry Slam is now part of the culture at Warden House and it has taught us that writing poetry is inextricably linked to performing poetry.  The Poetry Slam format has enthused children to write meaningful poetry and produce poetry that has great value to both poet and audience.  It has also taught our children that the author needs to connect with an audience.
A range of poems performed by our children will soon be published in a book entitled ‘We Are Writers’ to ensure our children’s poems live on for time immemorial. So bring on our next Warden House Poetry Slam and another visit to the Purbeck Folk Festival to experience the Poetry Slam once more.

Completing a MOOC! By @MissWeightman