During a recent meeting with the head regarding whole school literacy, he led us away from the safety of his office and around the school. He was cleverly pointing out that many of the classrooms simply weren’t kitted out for helping students become better writers and readers. Keywords were sometimes displayed, if so, there was no continuity from one classroom to the next. Not a single classroom, I’m sad to say, had any connectives displayed to help students  structure their longer writing tasks.

This is a re-blog post originally posted by Tom Pollard and published with kind permission.

The original posts can be found here.

Eventually, we came to the room of one of the school’s more dynamic teachers, (not a slight on the staff, he’s clearly brilliant), and it stood out from the crowd. Although a technology room, keywords were displayed, literacy marking symbols were proudly on show and it was obvious the displays were being used.

This struck me as so obvious I wondered why my own classroom didn’t look this good.

Since then with the help of colleagues, I have tried to reinvigorate my room to model what others can achieve in their own learning spaces.

In focusing on what makes classrooms effective in improving both literacy and teaching and learning, I realised I had given myself 5 rules with which to work by:

I’m sure I’ll adapt these as I go on, but I’m noticing a difference already, and it’s a good one! 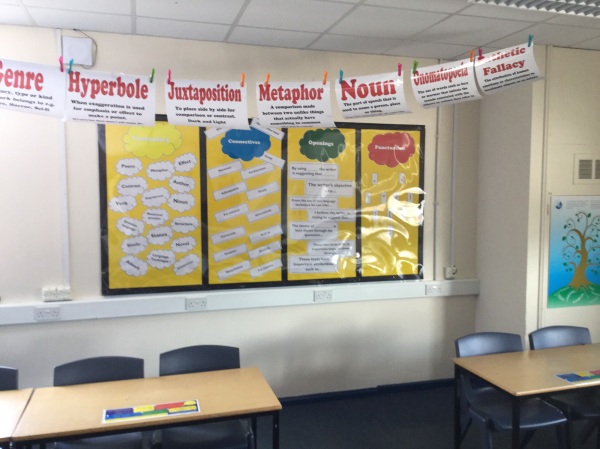 Is Being Read To The Same As Reading? by @BookhappyLtd

– Recently in one of my clubs with a group of reception children, the story

It never fails to amaze me how intuitive some students can be.  They can know